The Hollywood Hills are rich with show business history.

It’s not uncommon to find homes in the area with multiple celebrity owners over time, dating back to Tinseltown’s classic days.

We recently staged one of these storied properties: a hillside house above the Sunset Strip designed and built in 1941 by architect-to-the-stars John Elgin Woolf. 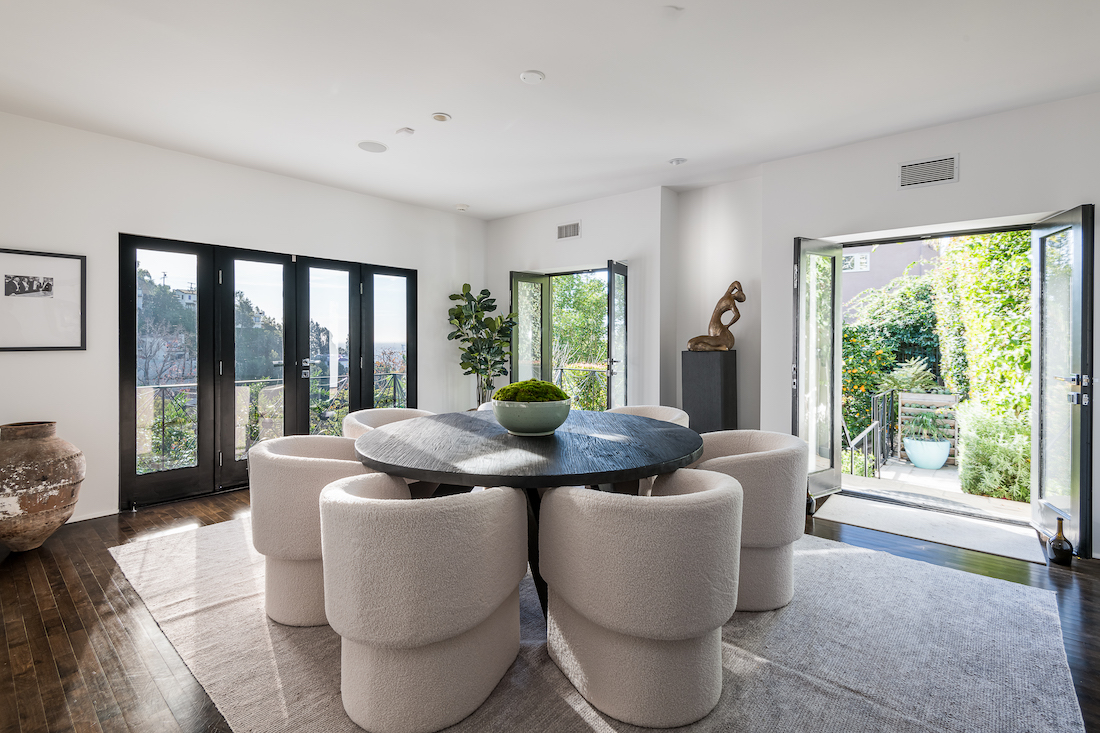 The property was occupied in the mid-1940s by actress-singer Judy Garland, her husband, film and stage director Vincente Minnelli, and their daughter, Liza Minnelli. It was later sold to Rat Pack entertainer Sammy Davis Jr. and during his stay, musical acts such as the Band also lived and recorded there.

We styled the property with a midcentury transitional feel, evoking its history of creativity and cool.

We staged the listing for Alexandra Pfeifer, Berkshire Hathaway.

The house is a Los Angeles Times Hot Property this week: